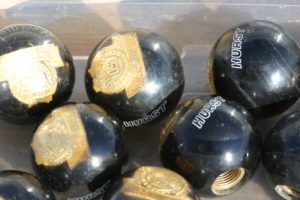 Jackie can feel the low rumble beneath him. The breeze blowing in gently through the open windows. He is perched on the edge of the back seat, reaching up through between the bucket seats. His right hand clamped firmly on the shifter. James punches the gas a couple times making the rumble faster and louder. Jackie knows that he has to hit all the gears perfectly. He sits waiting for James to push the clutch in.

The clutch goes in, Jackie slams into first gear just in time for James to pop the clutch. He feels the rear wheels break loose as James starts to feather the gas to gain grip. Then the RPMs are screaming and the clutch goes in, second gear and this time the rear wheels just chirp but Jackie gets pushed back from the acceleration, he has to plant his feet against the front of the back seat. RPMs getting high again, in goes the clutch, third gear, no chirp, just power. The speed is pushing him back further and further but still he holds on. One more gear. Clutch, he catches fourth gear and a nine-year old’s fragile grip breaks free and he flops back against the rear seat.

Jackie knows the drill, sit up, seat belt on. The air from the open windows is howling all around him, and he’s watching the trees as they fly by. The thumping of his heart eases and starts to slow. Nothing left to do but wait until the next stop, then it’ll start all over. Just waiting for the next rush. Left with the smile so big that it hurts his face, he feels right with the world. He belongs.
(The names have been changed to protect the………well, you know.)